Maximum Recursion Depth, or Sometimes the Only Way to Win is to Stop Playing, is officially released on drivethrurpg and itch.io!

Between the original conception and Ashcan Edition, through the Kickstarter which took longer than I had intended, I have been working on this game for well over a year. This was my passion project during the insanity that has been Covid, and the culmination of years longer of inspiration and personal experiences.
When I left academia, I told myself that if I could successfully transition into a career in software engineering, that I had to use the opportunities made available to me to publish a book, and now I have. It is by no means perfect, I can already see flaws in it, and I hope in the future that I will grow in my writing and game design abilities even more and the flaws become even more salient. But even so, or even if I never publish another book, I will always have this.
I can say reasonably confidently that MRD is unlike anything else I've seen or read, even if it certainly has inspirations. It won't be for everyone, whether due to my own failings as a creator or simply because it is not something that conforms to genre conventions, but I hope that enough people appreciate it for what it is to justify continuing with this endeavor.
Given the support on Kickstarter, my ongoing year-long campaign, and feedback I've received on the NSR discord server and from other creators who I respect, MRD has already been a success as far as I'm concerned. I don't expect to break drivethrurpg in sales numbers, I'm just grateful to have made a thing that I think is of reasonably high quality, for it to be real and effectively eternal barring the plausible collapse of civilization as we know it but hopefully at least through my life if not a little while longer than that.
I will probably take a pause before launching into anything else immediately, especially since I'm about to start a new job, but if you are happy with this first issue of MRD, know that I have several plans for potential future issues!
PS: I had originally said in a few places that there was going to be a big announcement coinciding with the release, but after discussing with some people, I've decided to hold up on that for a while, but it will come back eventually!
Posted by maxcan7 at 11:20 AM 8 comments:

Super Robot Wars is a videogame series of tactical RPGs where a bunch of Mecha anime cross-over, and it's delightful. Many of the recent games have been translated into English for the Singapore and/or Hong Kong regions and PS4 is not region-locked (they're also available on Switch and I believe are also not region-locked), so I finally get to play Ray Amuro / Nu Gundam, Shinji Ikari / Evangelion Unit-01, and Space Battleship Yamato, all together, in one of my favorite game genres. Childhood dreams do come true.
I'm not familiar with all of the series represented in the games I'm playing (so far I've beaten Super Robot Wars V, am working through Super Robot Wars T, and I've already got Super Robot Wars X and OG ready to go!), but even for the series I am not familiar with, by virtue of being a cross-over of All-Stars, even some of the off-hand Mechas I've never heard end up becoming my favorites, and I've since gone on to start watching several of the series I was introduced to through these games.
There's something interesting and understated about it- good design is rare, and it seems like good Mecha design is especially rare, let alone to make a new property where every Mecha feels distinctive, classic, and stands out. But by being a cross-over, where like half the characters are all main characters from their own series, and many of those series are standouts and classics, it makes for an entire game of standout characters and Mecha.
I'm still searching for my ideal Mecha TTRPG (perhaps it will be Get into the Machine, Shinji!), but in the meantime, here's a Weird & Wonderful Table of Mechas. The schtick here is, there is a meta wherein all of these Mecha are assumed to be the star of their own series in some fictional reality, but now crossing over in a series where in-universe they co-exist and in most cases always have co-existed.
One tricky thing with Mecha is that it's hard to describe them, and much of the appeal is visual, which I think is part of why Mecha written fiction is not as prominent as Mecha visual fiction e.g. comics, anime, or videogames, and also part of why it's less common in TTRPG where there are fewer pieces of public domain art for Mecha (in addition to the difficulty of designing rules for Mecha games that allow for in and out of Mecha gameplay, as described in the previous link for GItMS!). I hope I have done a reasonable job here, please let me know what you think! 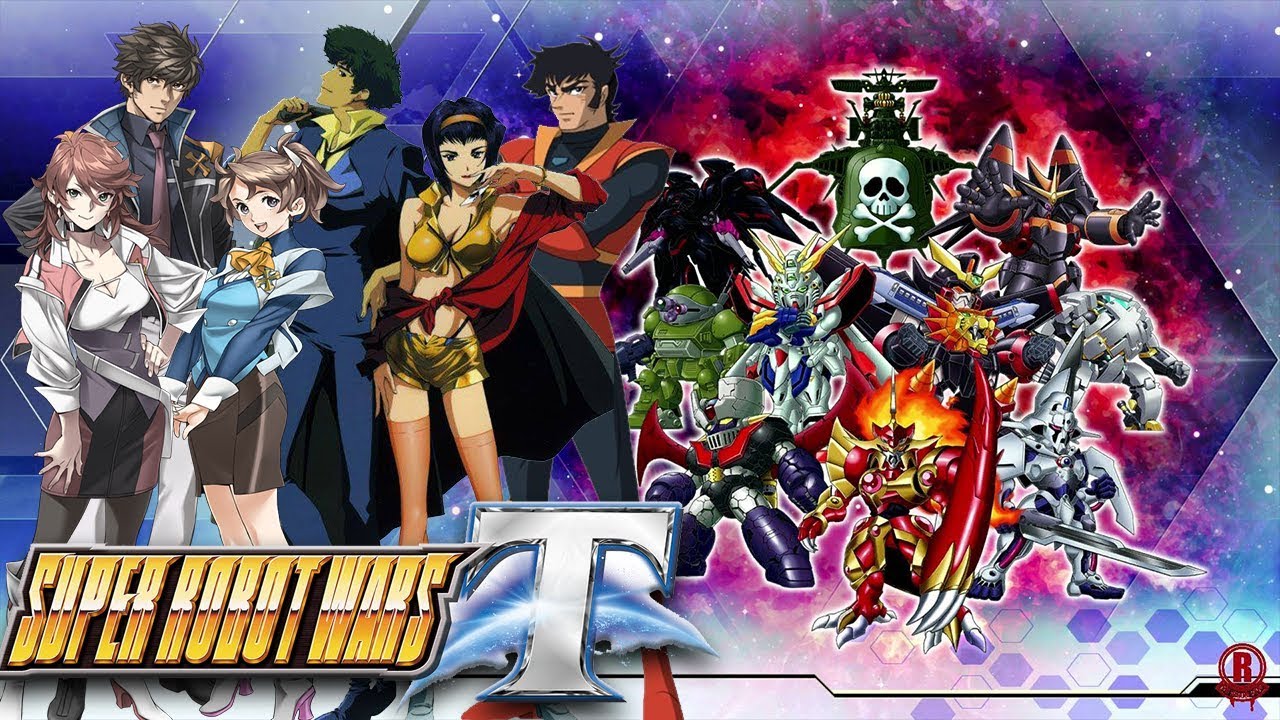 In addition to these, you can find more entries by other creators (or share your own!) in my Let's Build: Mecha posts on The Cauldron (must be a member of the NSR Discord server to join) and The OSR Pit.

Arsenic: Black. Tripod legs on a humanoid core with clawed hands. Its head is a long metallic tentacle with a Tesla Coil at the end of it.
Razzle-Dazzle: Surprisingly mobile "walking weapons platform" with a core that looks more like a tank than a humanoid Mecha. Black and white clashing stripes or other holographically overlayed camouflage make it difficult to track in cluttered environments.
Chimera: Quadrupedal but ape-like, somewhere between a lemur and a wolf, with a long snout. Its high-frequency maw glows with ultraviolet. White with purple trim. Long thin tail tipped with a snake-like "head" consisting of rear sensors and laser beam weapon.
Dogu: Alien craft like if Jack Kirby made a psychedelic Celestial inspired by the eponymous Jomon-era figurines.
Rebis: Neon yellow bio-"Mecha", a genetic hodgepodge of non-human animal, fungus, and bacteria in a humanoid form. Keratin plates that look like sleek near-future body armor. Shimmers with a bio-engineered tardigrade film for environmental protection. A fungal/bacterial microbiome can excrete through the skin weaponry such as sphaerobolus (aka artillery fungus). Retractable silken wings that work as solar sails for space travel. The pilot operates The Rebis via an umbilical cable that connects to their spine like in the Cronenberg movie Existenz.
Matrioshka: A supermassive starship, wherein the command deck is an ejectable battle cruiser, piloted by a Mecha whose cockpit is designed to fit a Power Armored pilot, all of which is entraining on the brain waves of the unborn child of the pregnant pilot.
Psycho Baku: Minimalist trunk-nosed Mecha using sensory-scrambling technology, psychophysical illusions, and even psychoactive gases, to create large-scale illusions, mirages, and hallucinations.
Panic Slug: Wrist-mounted shotgun sprays “slugs”, autonomous AI missile drones that seek to infiltrate enemy Mecha and hack them or physically disable them from the inside. As the slugs infest Mecha, they exhibit behaviors like myoclonic jerks.
Murder Crow: Head like a plague doctor mask. A “field medic” Mecha with two autonomous crow-like drones for surveilling disabled/damaged Mecha or for defense, while primarily equipped for Mecha field repairs or ad-hoc constructs.
Mazu: The rainbow dragon Mecha of Pirate Queen Prismasha, Empress of Space. The cockpit of the Mecha is Platina, a dolphin/sea serpent-esque space fighter craft. Mazu and Platina are demigod/AI from an ancient spacefaring civilization. They each dueled Prismasha in “hand-to-hand” combat for her love and hand in marriage, and in their respective failures, vowed to serve as her guardians.
Mecha-Buster Squad: Wear light power armor and utilize mobility tools such as rocket packs, magnetic grappling wires, and solar sails, weaponry such as RPGs, high-impact "one-shot" sniper rifles, and vibro-lances, and various kinds of immobilizing or debilitating traps, to take down significantly larger and more powerful Mecha.
Gacha: The corporation that makes this series of Mecha sells them exclusively in capsules where the specific model inside is not revealed until after purchase. While an expensive and potentially risky way to build a fleet, one lucky Gacha capsule can justify the purchase of dozens of other overpriced and lower-quality Gacha Mecha. Some are desired solely for their rarity, as a status symbol, or for their value in the speculation market, as opposed to actual combat utility.
Posted by maxcan7 at 10:58 AM 2 comments:

With the VERY SOON RELEASE of Maximum Recursion Depth, one thing I knew I wasn't satisfied with in the Ashcan release was the Reincarnation Rituals. I want them to be more than just "get out of jail free cards", they should actually add something to the game.

What I decided was that every time a PC relies on their Reincarnation Ritual (other than for leveling), they have to take a Reincarnation Attachment. These are Karmic Attachments, either randomly generated or they can be custom-made circumstantially by the GM, which do not cause the PC to accrue Karma and do not divest Karma when resolved, but which should add an interesting character-related "plot" element / game-hook, and which must be resolved in order to level.

So this way, if a PC uses their Reincarnation Ritual to escape death, they're going to carry some extra baggage with them, but hopefully, that baggage should at least be gameable and interesting.
This generator is by no means definitive, as is I don't think it has quite enough variability, and some of the wording is awkward. Also, it's better to make Reincarnation Rituals that tie specifically into the PC's backstory or the events of the campaign. This is more just for inspiration / as a point of reference.

MRD Campaign Retrospective up to Present