Get Into the Machine, Shinji!

Proof of Concept for a Mark of the Odd-based Mecha* game. My design goal for this is to be a game that is rules-light, that is seamless between Pilots and Mecha, but where the mechanics are just different enough to feel like more than just re-flavoring between the scales. It also takes some inspiration from Cypher, and a tiny bit from my "Mechs & Monstrosities" Hack for Tunnels & Trolls.
*Why didn't I call it "Get Into the Mecha, Shinji!"? I dunno, this just sounded better to me... 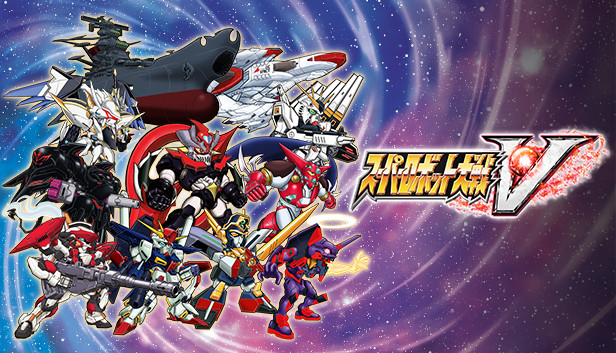 Three ability scores, which we're tentatively going to call the standard STR, DEX, and INT, and regular HP. We can call them something else later, but it's roughly these three categories, and they're the same for Pilots as for Mechas.

Do you want some cyberpunk in your mecha game? Ok, you've got hacking, robotics, AI-assisted mini-missiles for bullets, high-frequency laser swords, etc. Oh is this an Escaflowne-style magitech setting? Ok, you've got magic now too. Whatever you would normally do with Mark of the Odd, you do. They can also just be skills, talents, careers, etc. Let's say you get 3 of them to start.

Pilots and Mecha are separate "characters" / character sheets but character creation is mostly the same between the two. Roll HP and the Ability Scores, and multiply by 10. Damage dice? Multiply by 10. If it's just Mecha-to-Mecha, you don't even have to bother, the 10x is mostly just for scaling Pilot x Mecha stuff. Because there's gotta be some maniac taking potshots with a Mecha-Buster sniper rifle out there...
But peeps are littler...
You are correct, hypothetical person, peeps are littler than Mecha. As a peep dodging a Mecha attack; Dex Save, on Success you take 10x fewer points of Damage (the amount from the roll before multiplying). Mecha are big, peeps are little, so they're harder to target, but susceptible to collateral. Probably not going to satisfy everyone but it's modular anyway, if you've got a better idea go for it.
If you're using a system that allows for partial Saves (like MRD...), you could even do something like Full Damage, Damage/10, No Damage. Basically, if a Mecha really wants to fuck up a peep they can do so, but if a peep stays hidden and/or keeps a fair distance, it should be an option to engage, albeit risky.

Mecha Abilities are inventory-based. You can get as crunchy or as loose as you want with it, but tentatively we'll say there is Head, Core, Lower, Upper x2, Special x2. Generally, they aren't going to add strictly quantitative buffs but you can default to that if you want.
Upper: Held weapons, special arms, or shoulder-mounts, probably at least one of the two providing Damage dice (e.g. Beam Sword, Rifle, Claw Hand, Shoulder-Mounted Missile Launcher), but also things like Repair Kit (restore HP), Extra Arm (for holding extra items, not necessarily full articulation/impact), Special Scanner.
Lower: Types of mobility (e.g. Humanoid Legs, Quadrupedal Legs, Treads, Hoverjet).
Head: Types of sensors (e.g. Radar, Sonar, Infrared, Ultraviolet), Head-Mounted Minigun.
Core and Special: Can get a little fancy, like a unique energy source, a "signature move", atypical things like AT Field from Evangelion or Funnels from Gundam.
You can make these Mecha Abilities require Saves, or just work as-is, the same kinds of decisions you would make designing any other MotO items or abilities. Some of these are a little vague or have overlap but that's a feature, not a bug!
Alternatively, I could imagine stripping all of that out entirely, and just giving each Mecha X number of Special Abilities, and not get hung up on inventory slots or any of that, but Mecha are maybe the one genre where I actually kind of prefer that slightly more simulation-y crunch to it (but only just a little bit).

This is the "secret sauce" of this hack; these are Special Abilities that Pilots have that they can only use while piloting a Mecha. Depending on what you're going for, you could have them be specific to a given Pilot / Mecha pairing, or more flexible.
As before, in some cases, these abilities may require Saves, but more often, they should cost Pilot HP or Pilot Ability Points. So for instance, one kind of boring and straightforward ability might be Ace Dodger: Pilot spends 1 Dex for every 10 Damage to dodge an attack. Must be all or none. So if the Pilot has 5 DEX remaining and that they are willing to spend, and their Mecha is about to take 50 or fewer points of Damage (the opponent rolled 5 or lower on a d6 Damage die), they can do so.
Some more interesting examples might be, if the Pilot is a hacker, they might have a Pilot Ability that lets them remote-hack another Mecha at some cost per turn; if they have magic and some spell that might normally affect a peep, you can spend INT to apply it to a Mecha instead.
And let's assume starting with 3 as well (in addition to 3 regular Special Abilities).
My rule of thumb would be, if it seems like something another Pilot could theoretically do, but they don't have the specific Pilot Ability, they can still do it but it might require a Save on top of a cost, or require a greater cost than normal; this isn't about locking Players into specific builds and being a crunchy tactical game. The Pilot Abilities are mainly just there for a point of reference. Or you can be stricter about it if you prefer, you do you.
You can have regular Special Abilities cost Ability Points as well on a case by case basis, but I think this mechanic should mostly only apply to Pilot Abilities, for reasons I explain below.

There is arguably still an incongruity here like if you wanted a big fighty-type Pilot in a nimble dodgy Mecha, you're working somewhat against type, but since the effect of Pilot stats towards Mecha is only related to Pilot Abilities, and these Pilot Abilities are generally more so about unique things you can do than quantitative stuff, I think that is more so mitigated than in many other RPGs that try to consolidate Mecha and Pilot Abilities in some way.
It's a similar kind of abstraction as with Cypher System, in that you spend points to use Abilities, and you could even imagine something like Edge and Effort from Cypher being applied here as well which I would likely do if I expanded this proof of concept.
Also, while many people seem to dislike the Pool Point system in Cypher, I think that should be less of an issue here, because again, it allows the Pilots' stats to affect Mecha-level play, without overwhelming it, but it also allows for mixed-scale play. While a Pilot may have taken Ability Score Damage by using their Pilot Abilities, since generally, only Pilot Abilities cost points, they could still exit their Mecha and immediately get into a gunfight or fistfight if they wanted to with minimal impact. Unlike Cypher, it is less so the case that Ability points are also HP. This might be more of an issue with MRD but not to an extent that I'm concerned with, especially since MRD spreading HP across the three Ability scores + Karma already makes characters sturdier than in regular MotO.
If you're concerned about things like Ability Damage penalties, I would be inclined to just say it's threshold-based like you take a -X penalty to Saves if an Ability is below a certain threshold, like say -1/3rd of the total, etc.; that way you can still have Ability Damage penalties, but it doesn't penalize players for using Pilot Abilities quite as severely. I'd be more inclined to just remove Ability Damage penalties altogether or implement it in some other circumstantial way.
So I'm pretty happy with this proof of concept. I'm so focused on MRD that I don't know if I'll have time to develop this further, but also, given that MRD is already basically a MotO hack, I actually think this could be bolted on top of MRD fairly easily, so maybe I can have my cake and eat it too...
Posted by maxcan7 at 4:32 PM