I was walking down one of those obscure alleys of the internet and saw something that grabbed my attention- a few episodes of some really obscure Mecha anime- I think it was a more recent show but it kind of went out of its way to look older. I can't even find much about it on the internet; maybe the name I found was a fan translation or maybe it's some obscure Japanese web show. But anyway, like many obscure things of its kind, I found it super fascinating and I wanted to give it a little not-review.
So it appears to be basically the world as we know it, with some anachronisms leaning into an 80's cyberpunk / Japanese City Soul aesthetic with other quirks here and there as well, so it feels kind of timeless. However, a core distinction is that a literal monkey ruling class somehow controls this world. Like, they aren't super-monkeys or alien-monkeys or genius-monkeys, just regular ol' monkeys. They're treated kind of like politicians or business executives or gang leaders, which is to say, there's a kind of religious reverence towards them, but the surrounding pomp and circumstance are toned down. It's not clear how or why this is the case, but that's part of the charm.
Oh ya and also, like monkeys banging on a typewriter until they create Shakespeare, these monkeys have inadvertently opened a portal to the Faerie Realm, and so all sorts of monsters and kaiju leak through, like the Pakku (I assume a translation of Puck from Midsummer Night's Dream). One of the Pakku is a kaiju-sized cross-section of a goat's eye in extremely graphic detail, like out of a medical textbook, and it's gruesome and amazing. Another one is a ball of diseased goat flesh and parasites and fur.
Kaiju are usually portrayed as either Bestial monsters, like Godzilla, or Uncanny monsters, like the Angels in Evangelion. Some of the monsters and kaiju fell more into the Bestial type, but the Pakku are more so in the Uncanny type. One thing that I found interesting about them though, is that they seemed curious, and somewhat playful, like toddlers or Dionysian drunks. They were causing damage, but they weren't necessarily trying to cause damage, and it made them pitiable, and it made the conflicts bittersweet. 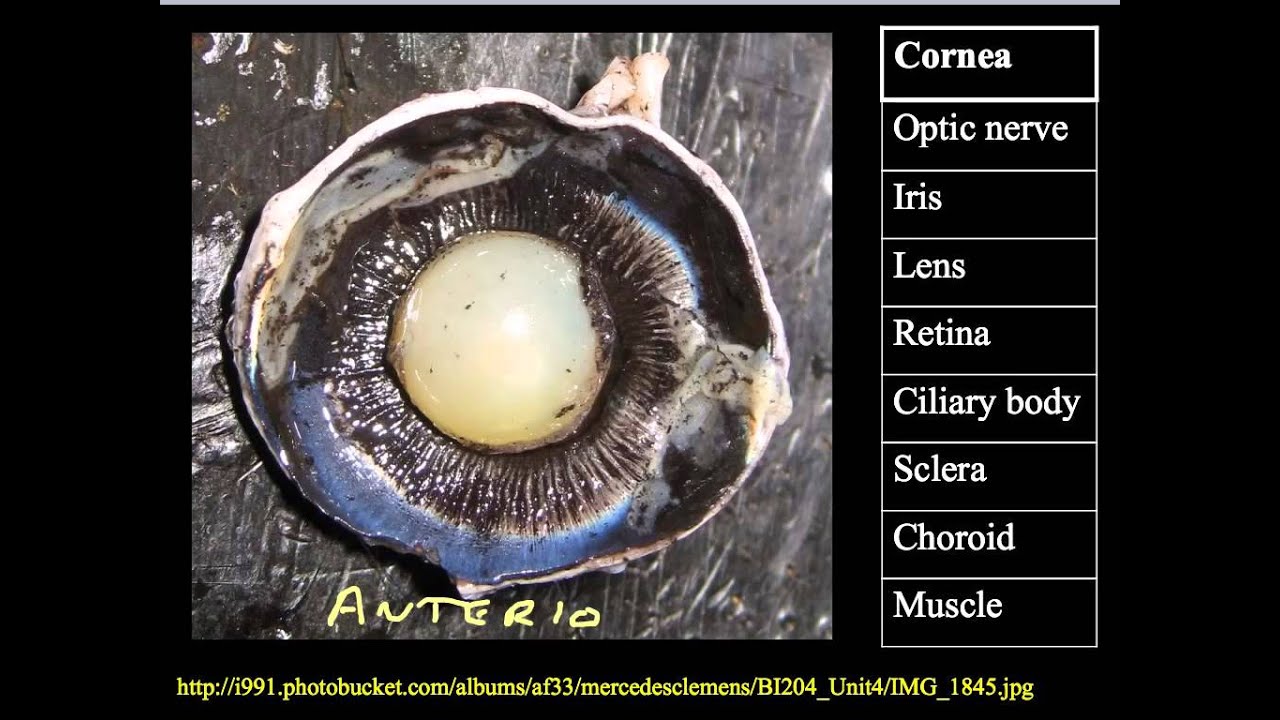 I couldn't find any screenshots from the show, so enjoy this sheep's eye!
The art design in general is shockingly good. Even the monkeys themselves- it might have been tempting to make them kind of cutesy and lovable, but I think the show makes the right call in making them really uncanny. Again, they aren't monstrous, but they are scary and uncomfortable- both obscured in shadow, kind of like in Princess Mononoke, but where not obscured, uncomfortably detailed and graphic in their depiction.
The Mecha are also really wild. One of them looks like an emaciated humanoid body or skeleton with a tank for a head and is apparently the sexual bonding of a decapitated alien being of an unclear but non-carbon-based nature and an American military-industrial complex super-AI experimental tank that gained self-awareness and went on a journey through space.
Another is still Mecha-sized but looks kind of like Iron Man and is able to spontaneously summon weapons and mods out of energy, but then it turns out actually the whole thing is just a UFO-like craft and a series of drones with holographic projections and various weaponry to make it look like it's a cohesive thing but it's not.
There was one other one that I only got to see a little bit of in the episodes I saw, but it was like a typical humanoid Mecha, except four-dimensional, so when it moves, its three-dimensional representation tesselates, sometimes really elegantly like a Hindu god, other times grotesquely like a Lovecraftian extra-dimensional creature. As it moves, because it exists in four dimensions, sometimes parts of it appear inside-out, and the geometry of it bends in paradoxical ways like a Bethesda videogame.
The action choreography was interesting. While there are classics like Ninja Scroll that have excellent 2D, hand-drawn action, I get the impression that action in 2D animation is just really difficult and laborious to do compared to CG animation. I have generally not been a fan of many of the very low-quality Netflix CG anime, but the ones that had a sufficient budget really demonstrate the value of CG, in how fluid and un-"cut" it can be, compared to much 2D animated action which often necessarily relies on cuts, almost like a motion comic. While I'm reasonably confident that this show was 2D animated (again I actually have no idea when this was made...), I think it's using rotoscoping or something, there's something a little funky about it, but it has that fluidity that you otherwise rarely see in 2D animation. I'm surprised there haven't been other anime that used rotoscoping for their action, or maybe there have been and I am just not aware.
I don't know how exactly to describe what I saw i.e. a hyper-real dissected eye monster torrenting puss and macroscopic parasites onto a four-dimensional Mecha suplexing it through a pseudo-Mecha hologram landing onto and subsequently pierced and punctured by the tank cannon of an alien-AI-cyborg-demigod Mecha... But ya, it was very cool. I believe this show does have cool themes and subtext and whatnot, but if you just want bizarre and over-the-top action, it clearly has that as well, at least in the episodes that I saw.
Anyway, the pilots of the Mecha are all 20-30 something "salarymen"; male and female, but it's a Japanese term, and also the title of the show is a play on words which is a pretty typical anime thing (Saru is monkey in Japanese and the Japanese way to write Salaryman is Sarari-Man). They're all overworked, underpaid, some still have optimism for their future but most are pretty burnt out. There seems to be a bimodal distribution where half of them are just completely incompetent, and the other half are highly skilled and multifaceted and way overqualified for what they're doing, and the whole thing feels like commentary but that's definitely coming from an American perspective.
It's hard to talk about the characters too much further without going into spoilers, but I'll say they kind of reminded me of the anime Aggretsuko, or I guess similarly The Office, but whereas those shows I think fell too in love with their characters to their own detriment, there's more of an edge here, where they're not afraid to commit to these characters being more real and flawed. Granted I only saw a few episodes so who knows where it goes, but I got the impression that they know when to be goofy and quirky, and when to be serious, and I can respect that.
Anyway, ya I would really like to see the rest of this show, so if anyone knows anything about it, please let me know!!!!
Posted by maxcan7 at 10:11 AM