Before I get into this post, just a life update. I'm super crazy busy between adjusting to life in New York and this fellowship, and I think it will be really hard for me to post more than once every other week for the next month or so :(. Once my life is more stable I hope to return to a weekly schedule or some other more regular schedule. Anyway, with all the data engineering stuff I'm learning, hopefully I can apply some of these awesome new skills to my blog when I have more time!

At the end of the year, I ran a one-shot with z_bill, Mike Kennedy, and FirstTimeGamer. Unfortunately, I haven't had a chance to do a proper play report writeup, which is a shame because it was an excellent game (everyone was awesome to be sure, but z_bill's Time Baby was legendary) and by the time I have time to do a writeup I will probably forgot all the fun and juicy details. I would also eventually like to do a whole writeup on Cyclops and my take on him for this one-shot. If z_bill, Mike, or FirstTimeGamer would like to add their comments, I would greatly appreciate it!

Instead of a proper play report, I'll briefly comment on how I felt about the system, include a setting timeline, and my outline for the one-shot (things deviated, as they do, but I think it gives a rough sense of what i was going for). In addition to the powers in the FASERIP core book available on drivethrurpg PWYW, players also used my 100 Weird & Wonderful Superpowers.

So when I first started reading the system, it seemed simple enough, fun, light, and flexible. Considering how popular it is with OSR types, I was surprised how much it seemed to me like a prototype of the later "Narrative" systems, to the point that I wonder if the creators of FATE in particular have cited FASERIP as an inspiration. The most obviously "OSR" part about it, at least to me, besides the fact that it's old, is that by design it encourages randomization for character creation.

I felt fairly prepared for the one shot about a week or two beforehand, but then the game got delayed, and by the time we played I felt a little rusty on the details I had read through, so take my impressions with a grain of salt.

Character creation was simple enough. As with many OSR games, I felt it had a lot of fiddly and unnecessary rules that I mostly ignored- maybe the system would be stronger if I had played into those rules, but it was a bit much to track for a one-shot. Likewise, we mostly ignored the karma system and power stunts, which is effectively like FATE points and XP, so I wonder how that would have changed things.

The universal chart for rolls seemed easy enough at first, but I actually found it surprisingly clumsy and tedious. I think it's one of those things where if we knew the system better and felt more confident it would have been more dynamic, but in-game I felt like rolls were mostly getting in the way, and I generally tried to avoid having the players roll as much as possible. In all fairness, that's not too different from how I feel about most games. Before writing this game off entirely, I'd like to try this system out again as a player, with a GM who knows the system better, just to see how "off" my GMing was, but again at the end of the day we had a great time even if I wasn't super into the system. 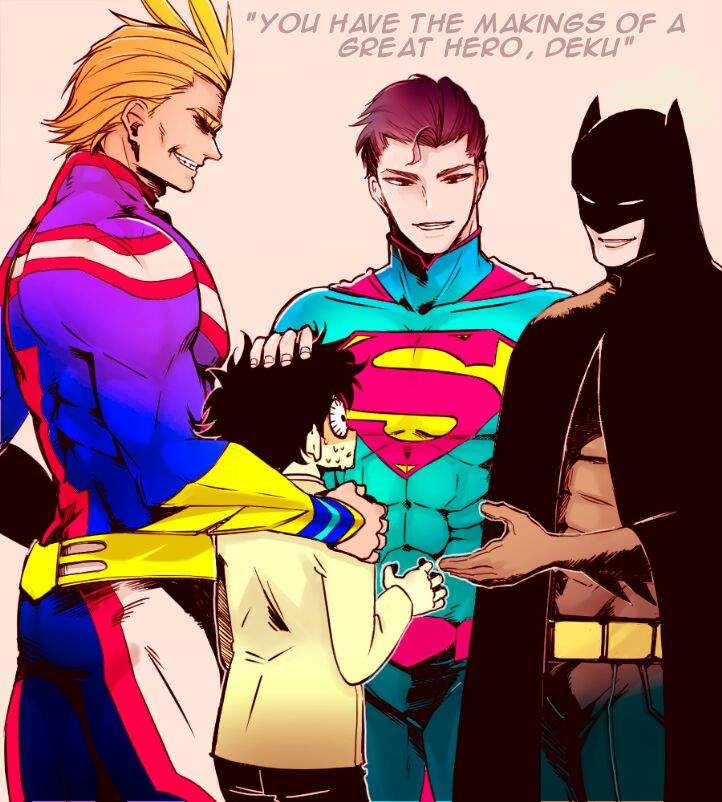 Premise
Q’Tar Hul: The current Hawkman, a Thanagarian hero, attempts to invade Earth, specifically to attack the Hexus Corporate HQ, but is stopped by a combined effort of Spectrum Corps. and SWORD, and is being held on SWORD’s orbital space prison.

·       A delegation of Rannians and Thanagarians are coming to the base for negotiations / to understand what has happened. The party has been brought on to protect the delegates.

Shyra Thell: Admiral of the Thanagarian Sky Navy, the highest Thanagarian military position. Clearly angry at Q’Tar, and by proxy angry at everyone present, but also clearly cares for him.

Tret Orr: Like a cross between Henry Kissinger and Arnold Schwarzenegger in his prime. A diplomat but looks like he can scrap as well.
·       Has a promethium/Nth metal alloy power suit which gives them the Ballistic power (7).

Judd D’ahs: Rannian general, the star pupil of Adam Strange’s new Rannian military protocol, like a brother to Aleea. Despite his closeness with Aleea and Adam, is otherwise very xenophobic, especially towards Thanagarians.
·       Secretly has the Paradigm Shift power (56) which is how he has reached such success.
·       He is the first of a new race of mutant Rannians, an end to the genetic stagnation of the Rannians.

Abigail Brand: A mutant half-human, half-alien with the ability to produce powerful flames around her hands and vocalize a wide range of alien languages beyond what humans are otherwise capable of producing. No-nonsense, but well-meaning.
·       Her father is actually Lord Boros of the Dark Matter Thieves.

Big Reveals
·       The Hexus corporation is a living entity, a living idea, that has merged with the living system formerly known as Mr. Sinister. Ivory Blight, a supervillain and another distributed intelligence, has actually been an agent of Hexus Sinister for most of its supervillain career. It was intentionally caught so that it could spread like a meme virus into space.
·       Cyclops allowed himself to be arrested in order to investigate Hexus Sinister, but many of the charges against Cyclops, including illegal paramilitary operations, are true.
·       Both Tret Orr and Judd D’ahs are looking to start a war, each trying to assassinate the opposing delegate.

Rumors / things of note around the prison
·       Two prisoners locked down in solitary. Bloodshot, the nanomachine supersoldier that merged with the OMAC satellite and the one-man army known as Frank Castle. The other is a complete mystery, with rumors that he’s a martial arts master who has inherited the Iron Fist (actually Saitama aka One Punch Man).
·       Practically everything in the prison is Hexus brand, much to the chagrin of both delegate parties, and especially Q’Tar. SWORD needs funding and Helix is trying to associate itself with “space-cowboy chic” as part of a new marketing push.
·       There is an urban legend that the prison is haunted by undead, skeletal zombies of alien creatures.
o   This is the supervillain Ivory Blight, with the superpower Bone Creep (11).
o   They are still physiologically animal, but look and behave more like a plant, like coral. Their main body is a patch of forest of bone-trees centered around a gigantic tree, their original self. However, their consciousness is distributed across all of their offspring, varying in sizes and shapes. Sometimes they inhabit a humanoid bio-feedback suit with a small bone-plant in order to interact effectively with the animal world, but they generally think of themselves as more akin to plants, fungi, and coral.

General Outline
·       Players can investigate one or two locations for free, learning any details or making any decisions they see fit. After that the bone creeps tear through the prison, causing havoc. 1d3 chance that 1) Bloodshot, 2) Saitama, or 3) None escape solitary confinement.
o   Bone Creep
o   Average Fighting
o   Average Agility
o   Average Strength
o   Decent Endurance
o   Bad Reason
o   Decent Intuition
o   Decent Psyche
o   28 Health
·       If players did not help Cyclops, he will have escaped with Tret’s (Strike Hawk) help, and if the players don’t immediately go to the Rannians, Aleea will be assassinated and Strike Hawk will escape. Either way, Cyclops will stay to deal with Ivory Blight.
·       If the players did help Cyclops, the Rannians and Thanagarians will fight. If players intervene in the visitor sector immediately they can affect the outcome, otherwise random. Cyclops will tentatively work with the party.
·       If Bloodshot escapes, he will begin slaughtering prisoners and Bone Creeps indiscriminately and not work with the party, but not work against them either, so long as they don’t get in his way.
·       If Saitama escapes, he will bumble around, fighting mainly to defend himself if necessary, but will work with the party if they ask.

Mess Hall
·       Cyclops, the military leader of X-Force and one of the leaders of X-Corp, has been arrested.
o   This Cyclops is elderly but fit and massively muscular, and still has an intense, militaristic, indoctrinated view towards mutant rights, but has also channeled his leadership skills towards a more mild-mannered charisma.
o   He was recently arrested for conspiracy, terrorism, and corporate espionage, but he has been cooperative and claims he was set up by Hexus.
o   Despite being a “superhero”, he seems to have become the Kingpin of this prison.
o   He will try to convince the party to distract/incapacitate one of the super-guards, a mutant superhero known as Foucault. He won’t explain why, asking the party just to trust him.
o   If the party doesn’t work with Cyclops, he will make the same deal with Tret. In such a case, he will attempt to assassinate Judd and Aleea as part of the deal.
·       On the way out, the players will see Tret passively observing.
·       Foucault is a short, lean man of mixed Russian / East Asian descent. He has the superpower Panopticon (55), which he uses to monitor the prisoners. He is bald with a long beard and wears a simple robe that faintly glows platinum.
o   Has a baroquial, uncanny, holy appearance. Two large, nested wheels covered in bright eyes encircle them, and a smaller set of many-eyed, nested wheels swirl overhead like a halo. Can create a wheel-shaped spirit field centered on themselves, nearly football field sized, where they can sense the motives and intentions of those within the field. They can only sense one individual at a time, but can cycle rapidly, and there is no obvious indication that one is being sensed.

The Cells
·       In addition to the solitary cells, there are countless rows of cells with all sorts of dangerous supervillains. Some the party would recognize, others seem out of place, like political/anti-corporate dissidents and alien refugees.
·       One villain is in the process of being locked up, but he escapes!
o   The villain is Gnasher, with the superpower Tooth Gnasher (88).
o   Rows and rows of teeth of any shape or size, the ability to grow dentate-based tusks, fangs, and horns. Each tooth is implanted with an emotionally challenging thought or memory and so long as that tooth is present, the thought or memory remains fresh. The teeth must be violently torn from their socket and can either be used as weapons or projectiles. If the teeth penetrate the bloodstream, the recipient experiences the negative emotions associated with that tooth.
o   If the players heard the rumor about skeletons one of the party will remember that Gnasher is known to be partnered with Ivory Blight.
·       After the fight, there is a 1d3 chance that 1) Bloodshot’s cell opens and he/it escapes, 2) Saitama’s cell opens but he does not try to run (players will have a moment to talk to him) 3) nothing.
·       Saitama has no stats and can take anything out in one-punch

Visitor Sector
·       Of the Thanagarians, Shyra will be busy with various communications organized by her associates. Tret will not be present.
·       Of the Rannians, Aleea and Judd will be discussing the Hexus phenomenon on Rann, with Judd taking a very xenophobic stance towards Thanagarians and Humans. 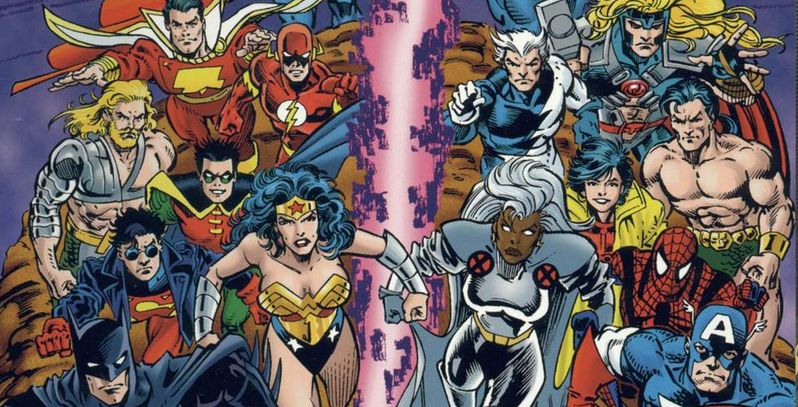