Howlston is still very much a growing city (both in-universe and because I'm making things up as I go in my current TNT Aquarian Dawn Campaign), but after the seventh session of my current campaign, I think there's enough here to share more about Howlston, the primary location of the setting.

Since I intend for this campaign to focus heavily on settlement building, Howlston needs to be an interesting place. While my SHIELDBREAKER campaign, set in Nova Arkham of my Phantasmos campaign setting, was also a fairly centralized campaign, unlike Phantasmos, in Aquarian Dawn I can't over-rely on gonzo, so this is an interesting challenge for me. I still allowed myself a little bit of gonzo baked into the premise of Aquarian Dawn, but i want these places and NPCs to stand on their own merits, and not just for being "weird", so we'll see how that goes.

If you need additional context for Aquarian Dawn, I have the following posts for some of the major species in the setting:
Aquarians
Elves
Dwarves
Fey
The Whitemare

And with that, here's Howlston!

These lists are broken into three overlapping sections, each referring to the other two.

NPCs: These are NPCs commonly found in or associated with a given region/location.
Locations: Specific points of interest within a region.
Regions: Broad areas that include several locations.

Finally, there are some "spoilers" in this table, so if you're in my current campaign please don't read this. If you're a GM, you may want to mix some things up anyway. 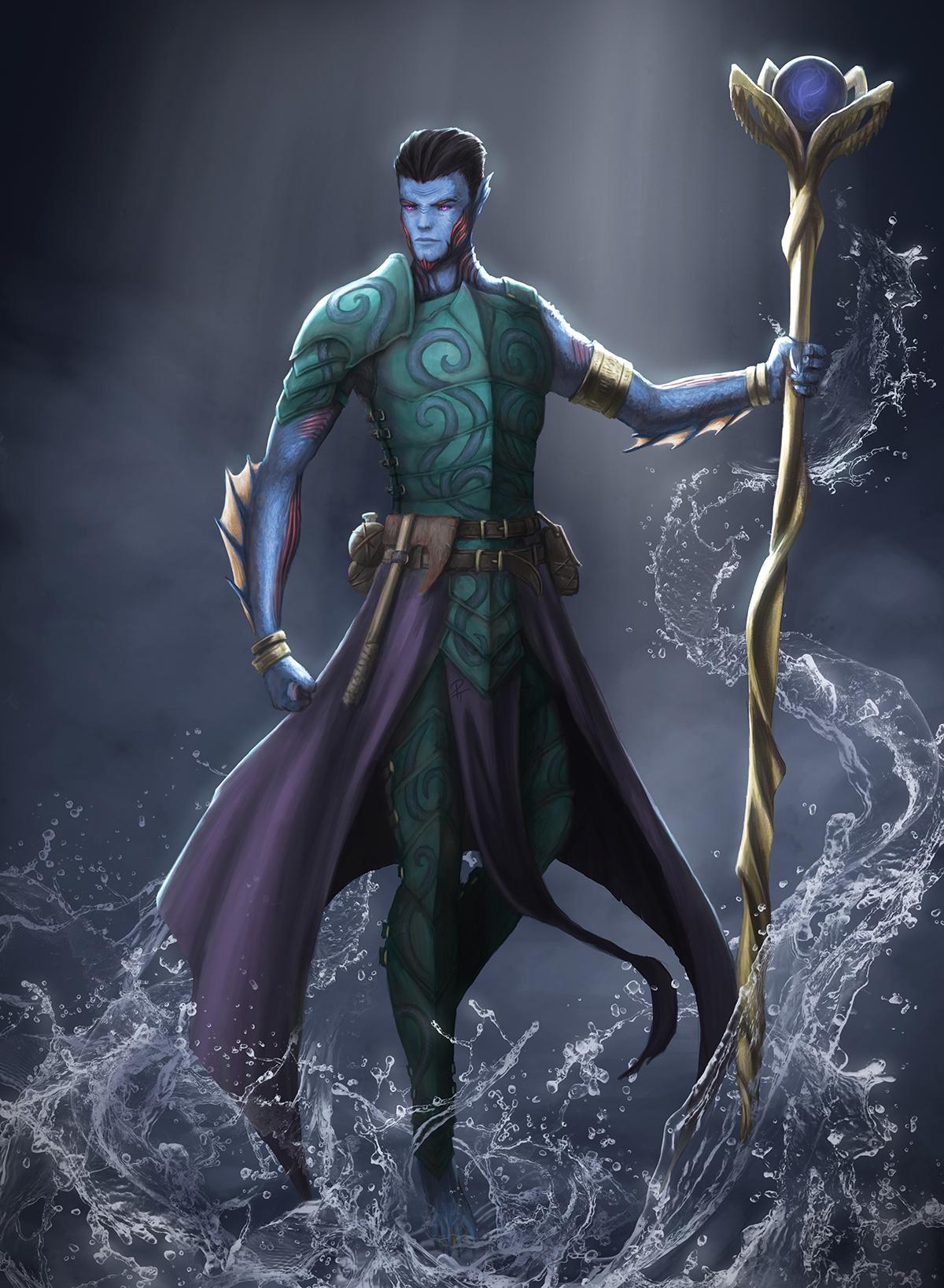 Palthos the Triton Warlock by u/captdiablo. Not quite an Aquarian, but close enough for a visual reference.

Land of Giants by Desmond Wong. A bit too big and not aquatic looking enough, but roughly a visual reference for the Aquarian Caravan. 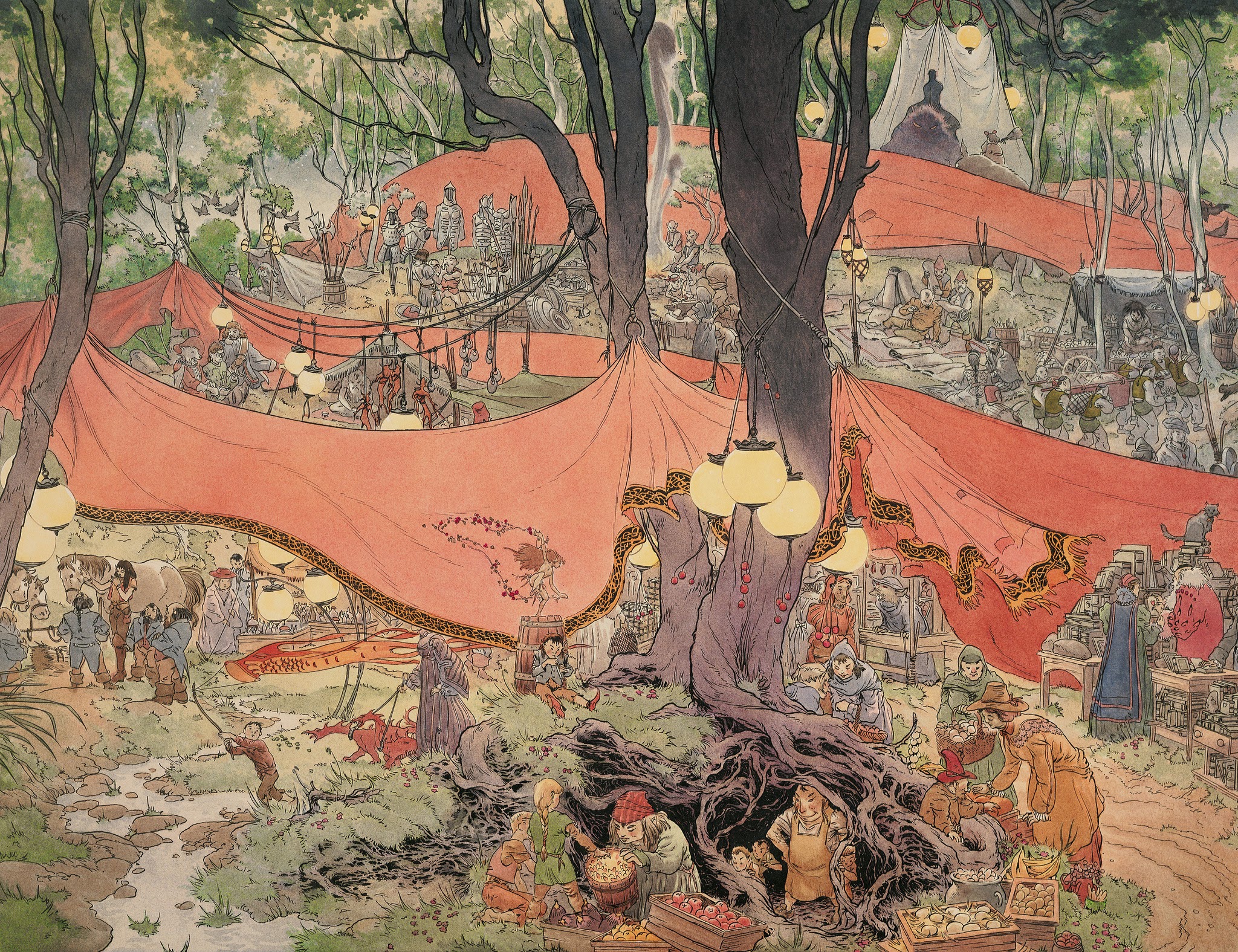 Fairy Market (Stardust) by Charles Vess. A visual reference for the Fish Market or Entertainment District of Howlston.