This is an experimental new character type for TNT, and also a TNT hack built specifically around this Type for a swift and brutal dog tactics RPG. I believe I've seen classes like this for OSR but can't think of any off hand, which is why I'm calling this experimental. From both an RP and gameplay perspective, this Type operates uniquely from other Types. You play not as a single character, but as a War Dog Pack, and there are some other unique mechanics which will be described below. It's loosely inspired by the novel Belka, Why Don't you Bark? I actually wasn't that into the novel, to be honest, but I did appreciate how it described the history of dogs in combat and dog fighting tactics, and I thought it would be cool to translate that to a tabletop RPG. It takes some inspiration from the dog units in the Red Alert RTS videogames as well. 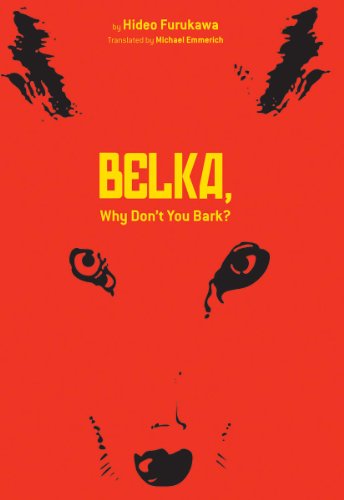 You play as a War Dog Pack. A level 1 War Dog Pack consists of three War Dogs. They can be the same breed or different breeds, real breeds or fictional, magical, cybernetic, bio-engineered, etc. Even if they are the same breed, they should each have their own name, personality, behavioral quirks, and at least one distinctive feature. They can be "real" dogs who happen to be well socialized and able to follow rules of civilization and complex commands, but it might be better if they have heightened intelligence if not outright uplifted, and some means of communication. It can be a magical ability to speak, or telepathic impressions. Even if they are uplifted, their cognition and behavior should still be animalistic. Or you could just use intelligent animal cartoon logic and roll with that.

A War Dog Pack generally operates as a single unit, but can be split up. However, the Type loses many of its benefits if there are fewer than three War Dogs in a pack at a time.

War Dogs have high damage output and powerful Pack Maneuvers. However, they are extremely vulnerable, operating very differently from other Types, with a Stress Track rather than subtracting damage from CON / HP. The War Dog Pack Character Type definitely needs testing, but theoretically it should be playable in a normal TNT game with other Character Types. However, below is a TNT hack built entirely around War Dogs. In this hack, the party as a whole is the Pack, with some altered mechanics from regular TNT.

These War Dogs are more powerful and more versatile than the normal War Dog Pack Type. However, because the entire party are War Dogs, failing a single opposed combat roll has major short and long-term impacts. Enemies also go down quickly, making well-planned, one-hit strikes the way to go. This game is designed with quick and brutal combats in mind, with an emphasis on taking enemies down swiftly and silently.

Because all players are on roughly even footing with this hack, I actually think Caves & Canines may be easier to balance and more intuitive to GM than a normal TNT campaign with a War Dog Pack amidst other Character Types, but part of the fun of the War Dog pack Type is that it's so different, so I think it could be fun either way!